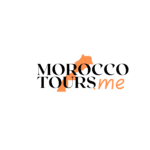 Day Trip To Ait Ben Haddou From Marrakech. Across the Atlas Mountains, take a tour to Morocco’s most famous village, Ouarzazate. Investigate this mud-built metropolis.  Ait Ben Haddou, has attracted the attention of major Hollywood producers and owes its allure to its UNESCO World Heritage status. On your trip from Marrakech to Ait Ben Haddou .

Kasbah Ait Ben Haddou, a UNESCO World Heritage site, and Kasbah Telouet, a smaller Berber village, are examples of multi-generational habitation. As you descend the Ounila Valley between the two Kasbahs, you’ll see a lot of them. Morocco’s Ait-Ben-Haddou is a lovely fortified village in the country’s southeast that has been a UNESCO World Heritage Site since 1987. The little village dates back roughly 1,000 years and was once a major stop on the caravan route. Today, Ait-Ben-Haddou is one of Morocco’s most popular tourist destinations and is perhaps the most appealing stop on round journeys across the country. Ait-Ben-Haddou has already served as a movie set for a number of well-known films due to its unique architecture and very enchanting atmosphere. For example, Game of Thrones, Gladiator, and Lawrence of Arabia were all filmed here! Yes, a visit to this charming village is recommended, and every Moroccan traveler should see the country’s largest Kasbah.

Ait Ben Haddou Day Trip From Marrakech is accessible every day, with departure from your accommodation and traveling through the Atlas Mountains to view and enjoy the finest of Morocco’s Sahara desert.
Day 1 : Day Trip To Ait Ben Haddou From Marrakech
At 7:30 a.m., the driver will pick you up from your Riad and you will begin your full-day Ait Ben Haddou Day Trip From Marrakech. we take you into the High Atlas Mountains and over the Tizi-n-Tichka Pass. At 2260 meters, it is Africa's tallest peak. Berber communities perched on the sides of mountains may be seen all along the journey. Because they are the same color as the surrounding dirt, it can be difficult to spot them.
You descend into the valleys at times and drive alongside the river, which is lined by oleander and fruit trees. Olive, walnut, pomegranate, apple, pear, and quince trees abound throughout the gardens. Berber women and children take care of their goats and sheep here, climbing steep mountains in search of animal food and firewood. The scenery changes considerably on the other side of the mountains, becoming semi-arid and desert-like. Kasbah architecture with towers at the corners may be seen here. Grilled windows and gentle peach-colored walls characterize these structures. These traditional dwellings are composed of adobe and are well suited to the southern climate.
After passing through the Tichka pass, take a side road to the Telouet Kasbah. It was a stately mansion and the formidable Glaoui tribe's headquarters. The salt mines close outside the village contributed to their prosperity. Every extension to the Kasbah buildings is now in ruins, exposed to the elements. After the last Pasha fled the nation because the French colonists withdrew in 1956, they were abandoned and robbed. As you approach the farthest end of the Kasbah, be prepared to be pleasantly surprised by the classic interior decoration. The road then heads south, where, if the mine is accessible, you can go inside and watch how the pink salt rock is carved out of the walls. Following that, we descend down the Ounila Valley, with lush fields and gardens running parallel to the road below, full of twists.
The colors of the rock and soil, as well as the Berber communities and gardens and smaller Kasbahs, will wow you. The principal crops and sources of income for many families are olives, almond, and fruit trees. This breathtaking path leads to the Ait Ben Haddou Kasbah, Morocco's oldest and most famous Kasbah. It is also one of seven UNESCO World Heritage Sites in Morocco.
The architectural style has been retained, and the earthen structures are well-suited to the climatic conditions and in tune with the natural and social context. It was one of the most important fortress strongholds on the historic Salt Road trading routes, and it dates back to the 17th century. Slaves, gold, ivory, and salt were imported from Sub-Saharan Africa to Marrakech and beyond by traders.
The Kasbah is now particularly well-known as the setting for numerous Hollywood blockbuster films. You've just returned from a day filled with astonishment at the landscapes and Berber life, as well as your trips to these famed Kasbahs. We return to Marrakech along the main route, passing across the Tichka pass. In the early evening, we arrive in the city. Around 18:00, your Day Trip To Ait Ben Haddou From Marrakech comes to a close.
From Tourist
Previous
Next
Share This :

Ait-Ben-Haddou, also known as At Benhaddou, is a well-known walled mud hamlet on the Atlas Mountains’ edge, around 30 kilometers from Ouarzazate. The town rises majestically on a hill overlooking the arid countryside, and the Asif Mellah river creates a picturesque backdrop near the old town’s gates. The town’s historic core is exceptionally spectacular, having been listed on the UNESCO World Heritage List since 1987. The 17th-century fortress sits atop the hill above the walled old town, offering a wonderful view of the surrounding area!

What if I don’t want to do all of a tour?

You can plan your whole tour by visiting “Customize My Tour” page.

What Vaccinations Do I Need?

Morocco does not require any specific immunizations for travel. Although the city’s tap water is safe to drink, mineral water is advised.

It is advisable to purchase travel insurance before departing from your home country. Nobody is coerced into buying it by us. Local hospitals’ diagnostic capabilities are limited. Insurance is an excellent option because private clinics can be pricey, evacuations can be expensive, and luggage can disappear.

This is only a recommended travel schedule for the Day Trip To Ait Ben Haddou From Marrakech managed by a reputable travel operator established in Morocco and owned by Moroccans. If this trip does not fit your travel plans, we have a variety of additional Morocco Tours &  Day trips from Marrakech to complement your vacation to Morocco. Our specialization is tours, packages, and bespoke itineraries, and we serve the entire country.

Do not hesitage to give us a call. We are an expert team and we are happy to talk to you. 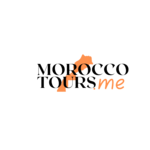